Who Was Wiley Oakley?

Vacationers who have stayed at Chalet Village before may remember that our office is located on Wiley Oakley Drive in Gatlinburg, TN. Have you ever wondered about the origin of this road’s unusual name? While he isn’t widely remembered today, Wiley Oakley was one of the most famous Gatlinburg residents back in the 1930s and 40s.

Known as the “Roamin’ Man of the Mountains,” Wiley Oakley was a legendary wilderness guide, storyteller, and frequent guest on radio stations across the country. Wiley’s immense knowledge of the East Tennessee backcountry and irrepressible personality made him popular with notable visitors to the Smokies like Henry Ford, John D. Rockefeller, and President Franklin Delano Roosevelt. Read on to learn all about the man many folks called the “Will Rogers of the South.”

Early Life in the Mountains

Wiley Oakley was born in 1885 at the foot of Mount Leconte, the youngest of 11 or 12 children. Sadly, Wiley’s mother passed away when he was just a small boy, and this early loss had a profound effect on his life. Each day, young Wiley would spend hours exploring the Smoky Mountains and climbing the tallest peaks, because he believed that he could catch a glimpse of his departed mother as an angel in the sky. As he grew older, Wiley developed an unrivaled knowledge of the trails in the Smokies.

As a young adult, Wiley fell head over heels for a mountain woman named Rebecca Ann. Wiley used to joke that he and Rebecca “got hitched by an invisible preacher man,” because the couple was married on the front steps of the local pastor’s house, and the holy man wouldn’t even come outside since it was so late at night!

Wiley and Rebecca moved into their own home in the Smoky Mountains and raised 12 children together. Although they had a very happy marriage, the Oakleys would occasionally have fights, including a notorious (and hilarious) row during their honeymoon. You can hear Wiley’s famous honeymoon story in the video below from The Heartland Series:

Valentine's Day advice for couple's everywhere from one of Tennessee's wisest men and greatest storytellers. Wiley Oakley's honeymoon story was recorded in 1949 and was adapted for television by The Heartland Series in 1984.

Posted by WBIR The Heartland Series on Monday, February 12, 2018

The Most Sought-After Guide in the Smokies

In addition to running a successful craft shop in downtown Gatlinburg, Wiley Oakley became an extremely popular wilderness guide for hunters and fishermen visiting the Smoky Mountains. Influential politicians, celebrities, and captains of industry all sought out Wiley’s expertise for their expeditions through the forest.
Wiley was a vocal supporter of the growing movement to establish a national park in the Smokies, and he lent his services to surveyors plotting the park’s boundaries and scientists cataloging East Tennessee’s animal and plant life. When FDR officially dedicated the Great Smoky Mountains National Park in 1940, Wiley Oakley was at the ceremony to witness this historic event.

Wiley was a natural storyteller, and he was frequently invited to appear on various radio programs in big cities like New York and Chicago to tell tales about life in the Smokies. On one occasion, Wiley was allegedly offered $10,000 to host his own radio show in NYC, but he turned the offer down because all he wanted “was to get back home to the Burg.”

Wiley Oakley spent his entire life living in the Smoky Mountains, passing away in 1954 at the age of 69. Tennessee Congressman J. Pierce Priest summed up Wiley’s legacy best when he eulogized Oakley as “the living spirit of the Great Smoky Mountains.”

Where to Stay for Your Gatlinburg Vacation 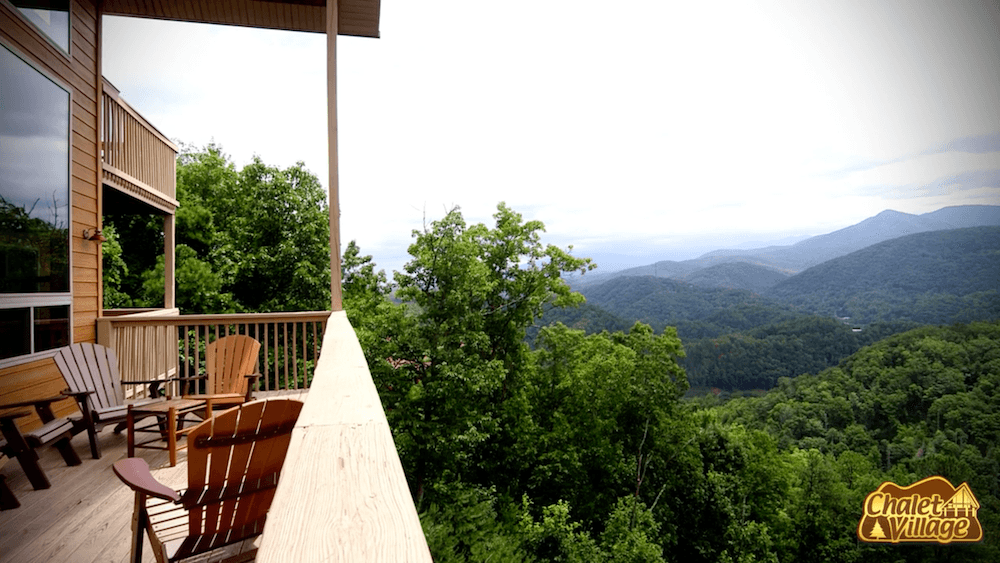 When you visit Gatlinburg for your next getaway, we invite you to stay with us at Chalet Village. Located just a 10 to 15-minute drive from The Strip, our cabin community is near Gatlinburg’s best attractions, restaurants, and shops. All of the cabins at Chalet Village are completely unique, so you are guaranteed to find the perfect property for your specific needs. To start planning your vacation, browse our selection of cabin rentals in Gatlinburg! If you are visiting Gatlinburg for your or someone you know’s birthday, you will be excited to know that there are tons of fun ways It’s never too cold to enjoy winter in Gatlinburg. Summer gets a lot of hype — and deservedly so — but winter brings plenty of The leaves are starting to change color and the temperatures are cooling down which means fall is just around the corner. There is no better Philadelphia has its cheesesteaks, Chicago has its deep dish pizza, and Gatlinburg has its pancakes! As any visitor to the Smoky Mountains can tell you, The Gatlinburg Arts & Crafts Community is one of the most unique places to visit in the Smoky Mountains. This 8-mile loop located off of

Top 5 Reasons Why Our Cabins are the Best Places ...

4 Wineries in Gatlinburg You Will Visit Along the Wine ...

Top 5 Places to Visit in Gatlinburg When You Want ...

5 Reasons Why You’ll Want to Stay in Our Honeymoon ...